Anniversary Gifts for Her – Traditional or Modern?

When it comes to wedding anniversaries and exchanging gifts there are three options for today’s couples. You could choose the traditional route, or opt for something from the modern list of themes, or alternatively go for something completely different. Many couples struggle when it comes to anniversary gift ideas. Should they be celebrating every year, or just those that are considered significant milestones? Are gifts an important part of the celebration, and what are the best anniversary gift ideas ? 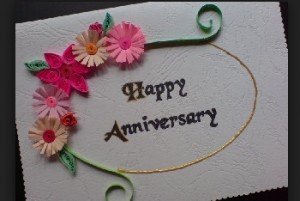 A couple of these questions we can answer straight away. Yes you should be celebrating your anniversary regardless of the year that’s being marked, and of course gifts are an important part of the celebration. Exchanging gifts on such a special occasion as your wedding anniversary is a way to show your partner that you still care about them and cherish the time you’ve been together. Women have, on the whole, come to expect a gift from their husband for an anniversary, but there’s no reason why men shouldn’t receive one too. However, we’re going to be looking at the best anniversary gifts for women and sharing some suggestions.

Anniversary gifts ideas for women that say ‘I love you’

You may be wondering what to buy as an anniversary gift for her, but you know it should be something memorable and special. Wedding anniversaries have been celebrated for centuries so there’s no reason to let the occasion pass without some kind of celebration. Let’s help take some of the guesswork out of choosing the perfect anniversary gift for her by sharing some anniversary gift ideas for women that will make her feel cherished and loved. She’s probably thinking about what to buy for you so the least you can do is repay the favour.

Your gift should be meaningful
When you’re thinking about a gift to buy for your wife you need to consider whether the gift will be enjoyable. Rather than simply buying her an eReader because you know she loves her books, load it with some of her favourite novels before you give it to her. If you know that she loves to cook, then gather together all the ingredients needed for a fantastic meal and suggest you spend some time cooking together. It’s worth pointing out here that gifts which can be enjoyed as a couple will be far more meaningful. The most important aspect however, is to find a gift that says ‘I love you and you mean the world to me’.

Present your gift in a unique way
Rather than simply buying her an anniversary gift and wrapping it in some off the shelf paper, think of ways you can give her the gift that will be a little different. See if there’s a way you can give a memory with your gift. Words often come in handy if you’re trying to express a feeling or recreate a moment in time. Say you’ve decided to give your wife a watch for your anniversary, add a simple note that says ‘Spending time with my sweetheart is the only gift I need’. You should be thinking about the presentation just as much as the gift itself.

Factor in the gift themes and significant milestones
There’s no denying that every wedding anniversary is important and worthy of celebration, but some require a little more effort and meaningful gifts. There are a couple of gift theme lists that you can use for inspiration, where every passing year is linked with a particular item or material. For example the traditional first anniversary theme is paper, while twenty five years is associated with the theme of silver. Small tokens are always welcome, but it doesn’t hurt every now and then to push the boat out. Why not take your significant other off on a cruise to celebrate your tenth anniversary? You could take her to enjoy a weekend spa vacation together for your twentieth anniversary.

Make sure you’re both on the same page
Both the giving and receiving of gifts is hopefully going to take place for both of you on your anniversary, but you need to make sure you’re both on the same page, with regards cost for example. Buying your wife a small token of your affection won’t go down too well if she’s spent significantly more on her anniversary gift for you. Setting some boundaries, and making plans together for your anniversary celebration will ensure that neither of you are disappointed.

Traditional or modern theme – why not create one of your own?

It’s fantastic that there are a couple of lists that you can follow if you’re looking for anniversary gift ideas. But why not create a tradition of your own? Start it early in your married life together and you can look forward to many years celebrating in a time honoured way. 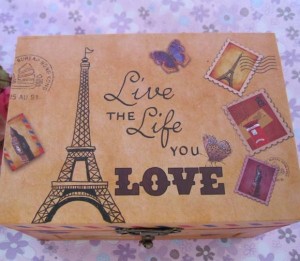 Start an anniversary picture
On your first anniversary take a photograph in which you’re holding a picture between the both of you of your wedding day. As each year passes have another photograph taken but make sure you include in the shot the snap you took in the previous year. By doing this you’ll be making an everlasting reminder of your anniversary days and a timeline of all the years you’ve spent together.

Revamp your wedding outfits
It’s wonderful having something special to wear on your wedding day, but all too often the outfits are simply left to gather dust. So much care went into choosing your wedding attire, particularly your wife’s wedding dress, so it would be a shame if she only wore it once. We quite agree that it might be considered a little over the top to wear it out to dinner in future years, but maybe your wife would like it revamped so she can wear on more occasions. It should be possible to get it altered or dyed another colour.

Choosing the best anniversary gifts for women can be tricky, there’s no denying the fact. However, it really shouldn’t be stressful. You’re far more likely to hit on something that’s special if you don’t feel the need to buy something expensive. Instead concentrate on anniversary gifts for her that are meaningful and ones that show you care.

A gift for eternity

A fabulous present for her 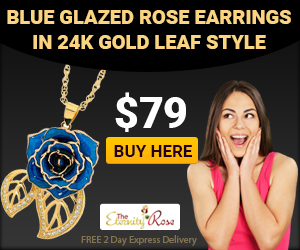 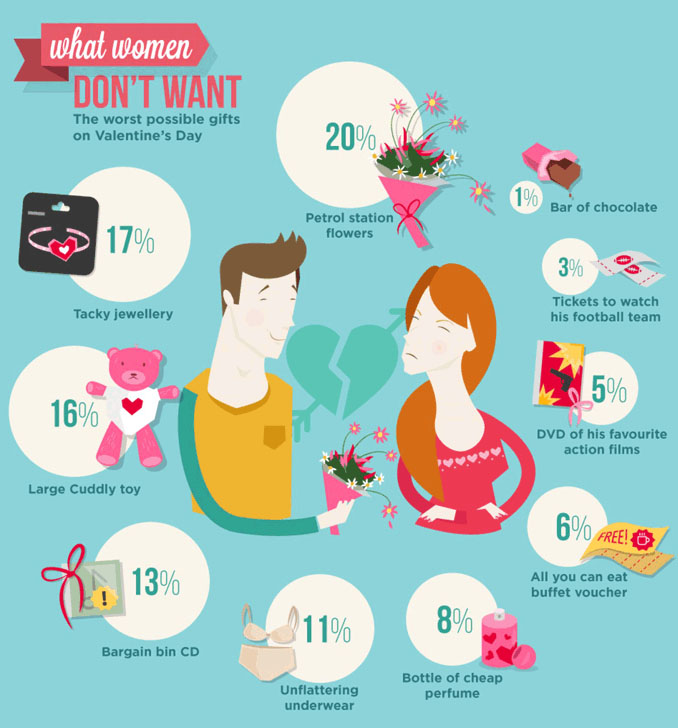